Skip to main content Skip to search
You are here 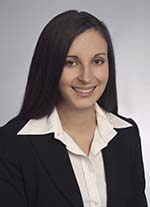 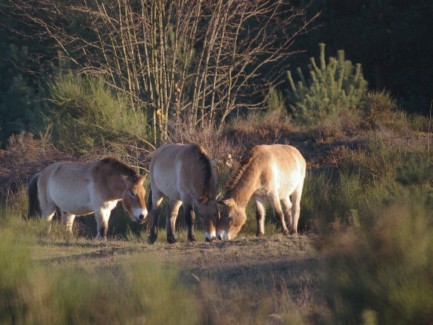 Over the year 2006 we had the opportunity to observe the integration of two Przewalski stallions into a semi-wild living bachelor group. This small group, alredy composed of eight stallions, lives on a 50 ha area at the former military area Tennenlohe in the north of the German city Nürnberg,, where the Landschaftspflegeverband Mittelfranken takes care of their well being. The observation caused us to extend the doctoral thesis of Birgit Flauger "Cognitive abilities in horses concerning the integration in new social groups, in comparison to the stress level" to some new aspects as for instance the influence of domestication on the evolution of cognition. The hypothesis that convergent social evolution favours convergent cognitive evolution (Whiten and Byrne, 1988; Dunbar, 2000; De Waal and Tyack, 2003) can be proved by investigations on horses. Since horses a are highly social species and still exist in different evolutionary stages, a comparative study between domestic horses, feral horses and Przewalski horses (the last remaining wild horses), concerning their reasoning abilities in the specific situation of the integration into new social groups, can give valuable information about the evolution of individual social cognitive abilities in horses. Although domestic and wild horses show similar social organizations of their groups, differences could be observed in their individual social abilities within these groups. For example, Przewalski horses appear to act significantly more aggressively towards each other than domestic horses (Feh, 1988; Keiper and Receveur, 1992; etc.).
In addition, first preliminary results from this PhD thesis about the integration of domestic and wild horses into new social groups indicate differences in the social behaviour during integration. It is likely that the social abilities of horses have changed with domestication and/ or feralisation. Humans selected horses mainly for their performance, their beauty, their amenability and ability to cope with stressful situation, but their social abilities were considered to be less important. Therefore, we hypothesise that wild horses still show more effective social abilities than domestic horses, whereas domestic horses are more skilful to cope with stress.

was frequently observed in the Tennenlohe, Nuremberg (Germany), bachelor group while new horses were integrated and during "every day" situations. Causalities for this behaviour are object to a running study.

Behaviour and Stress of Przewalski horses in management situations

Riccarda Wolter works on the topic for her Phd thesis. Riccarda observes the horses at the Stadtwald Augsburg and the Project Campo Pond in Hanau, both in Germany.