Cognitive abilities in horses concerning the integration in new social groups, in comparison to the stress level

A consistent trend can be observed in biology. From the theories of behaviourism and classical ethology the theories of sociobiology, of behavioural ecology and of cognitive ecology have emerged. Since about twenty jears approaches were published, in which animals have been awarded special conciuosness. How this conciousnees can be defined and assigned is the matter of current discussions. In this interdisciplinary discussion zoologists debate together with evolutionary and cognitive psychologists as well as philosophers. According to this background the title of this research field has been chosen. The cognitive abilities of which horses make use off while they integrate in new social groups shall be observed. Until now, preliminary results demonstrated that horses observe their conspecifics and humans in interactions, memorize it and draw conclusions for themselves. 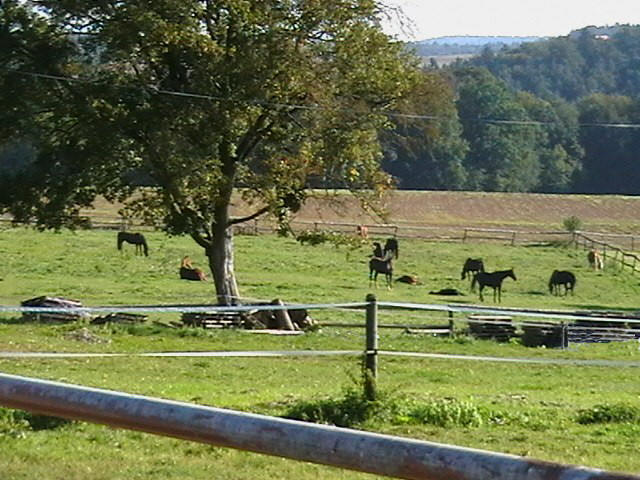 This has been termed as "eavesdropping". In this research series the behaviour of horses from two different test groups during the integration shall be compared. Horses of test group 1 will be allowed to observe a new social group before integration whereas horses of group 2 will be integrated immediately. The horses agonistic interactions will be compared as well as their stress level by analyzing stress hormones in plasma and saliva.