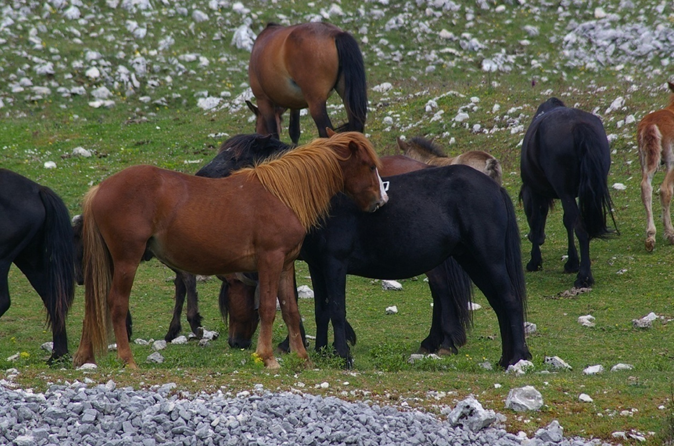 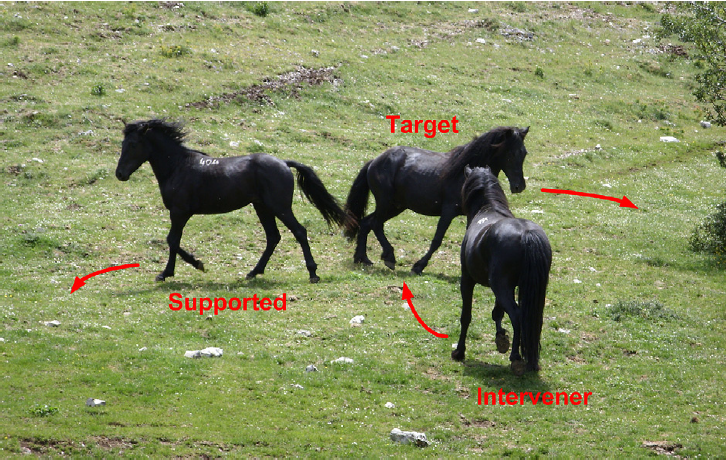 most frequently. We analysed 67 interventions in affiliative interactions, displayed between 64 feral horses (Equus ferus caballus) in three groups. Particular, high ranking females intervened in the affiliative interactions of group mates in the stable horse harems. Intervening animals took an active part in affiliative and agonistic encounters within the group, but did not occupy particularly social roles or spatial positions in the group. They generally supported preferred group mates when intervening and thus protect their own social bonds. Some species may prevent competition for preferred partners from escalating into more costly agonistic encounters by protecting their social bonds through affiliative interventions. 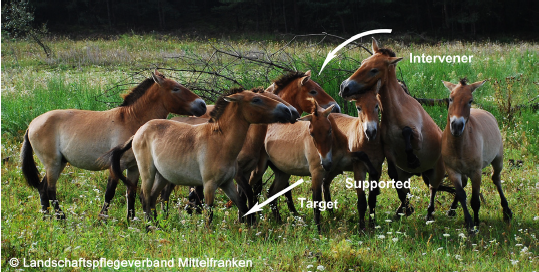 One mechanism to resolve conflict among group members is third party intervention, for which several functions, such as kin protection, alliance formation, and the promotion of group cohesion have been proposed. Still, empirical research on the function of intervention behaviour is rare. We studied 40 cases of intervention behaviour in a field study on 13 semi-wild bachelor horses (Equus ferus przewalskii) in (a) standard social situations, and (b) when new horses joined the group (i.e. introductions). Only interventions in agonistic encounters were analysed. Eight of 13 animals directed intervention behaviour toward threatening animal in agonistic encounters of group members. One stallion was particularly active. The stallions did not intervene to support former group mates or kin and interventions were not reciprocated. In introduction situations and in standard social situations, the interveners supported animals which were lower in rank, but targeted, threatening animals of comparable social rank. After introductions, stallions received more affiliative behaviour from animals they supported and thus appeared to intervene for alliance formation. In standard social situations, interveners did not receive more affiliative behaviour from animals they supported and may primarily have intervened to promote group cohesion and to reduce social disruption within the group.